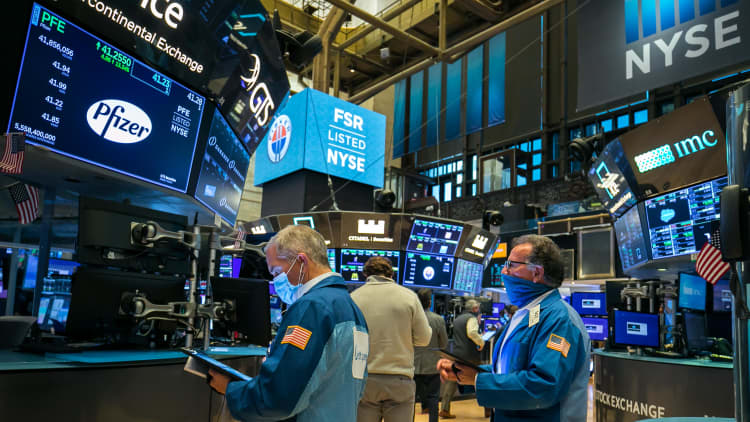 Take a look at some of the biggest drivers in Primarket:

Abiomed (ABMD) – Abiomed stock is up 51.6% in pre-market trading after its takeover is approved Johnson & Johnson (JNJ) in a deal of approximately $16.6 billion. J&J will pay $380 per share to the maker of heart, lung and kidney treatments, and will add a conditional value of up to $35 per share if certain milestones are met. J&J shares were down 0.7%.

Uber Technologies (Uber) — Uber surged 8.8% in the primary market after it reported better-than-expected quarterly revenue with higher total bookings compared to last year. Uber reported a quarterly loss, but that was largely due to unrealized losses in equity investments such as its stake in Didi Global.

SoFi Technologies (SOFI) — SoFi is up 14.3% in pre-market trading, after a less-than-expected quarterly loss and revenue that beat analysts’ expectations. The fintech firm also raised its forecast after adding nearly 424,000 new members during the quarter, bringing its total to more than 4.7 million.

Goodyear Pictures (GT) – Goodyear tumbled 8.3% in premarket after losing third-quarter earnings. The tire manufacturer said its results were affected by higher costs and a stronger US dollar, although this was partially offset by higher prices.

Eli Lilly (LLY) — Eli Lilly beat higher and lower estimates for the fourth quarter, but the drug company’s stock fell 2.2% in the primary market as it cut its full-year outlook. Lilly is seeing a negative impact from a rising dollar, increased competition for cancer drugs, and lower insulin prices.

holographic (HOLX) — Hologic rose 7.6% in the primary market after the medical equipment maker reported better-than-expected quarterly earnings and issued an optimistic outlook. Hologic said it has seen “unprecedented strength” across its core business.

Striker (SYK) — Stryker lost 4.9% in pre-market activity after the surgical and medical device maker cut its financial forecast, citing the impact of inflation and a stronger US dollar.

Trix (TREX) — Trex shares fell 7.5% in premarket trading after the decking and barrier materials maker missed estimates for the upper and lower bounds for the last quarter. Trex said it cut production levels and implemented layoffs during the quarter as it adjusted to lower sales.