ISRO President Shri S. Somanath highlighted the many futuristic disruptive technologies ISRO is working on to move the country into the world of emerging space technologies in a special Engineer’s Day lecture.

“Some of these technologies are reusable rockets, self-driving scramette jets, electric propulsion, preparations for human spaceflight, green environmentally friendly fuels, and composites that touch every field of modern engineering,” Shri Somanath said in a lecture organized by the Indian Institute of Algeria. . Astrophysics (IIA) to celebrate the birthday of Sir Mokshagundam Vishveshwarayya, a prominent engineer-statesman of India.

The lecture was streamed online on the IIA YouTube channel during the 3-day conference from 14-16 September on Modern Engineering Trends in Astronomy (META-2022), which brought together engineers and scientists who design and build instruments for Astronomy Research at IIA Campus, Bengaluru. The Institute of International Internal Auditors (IIA) organized the 3rd META Conference in collaboration with NCRA-TIFR, ARIES and RRI.

It has provided a common platform for engineers and scientists to share their experiences and discuss recent trends in building instruments for astronomy in the country. The conference was attended by more than 180 registered participants from all over the country. The conference included about 40 technical talks and 15 posters from the audience. Some were at astronomy facilities operating in India and being upgraded, such as the IIA observatories in Ladakh, Kavalur, Kodaikanal and Gauribidanur, NCRA-TIFR’s Giant Metrewave Radio Telescope in Pune and ARIES’ Devasthal Optical Telescope. Talks have been organized about upcoming projects the institutes are involved in, such as the International Thirty Meter Telescope, the payloads of the ADITYA-L1 space mission to be launched by ISRO, and the National Large Solar Telescope IIA. 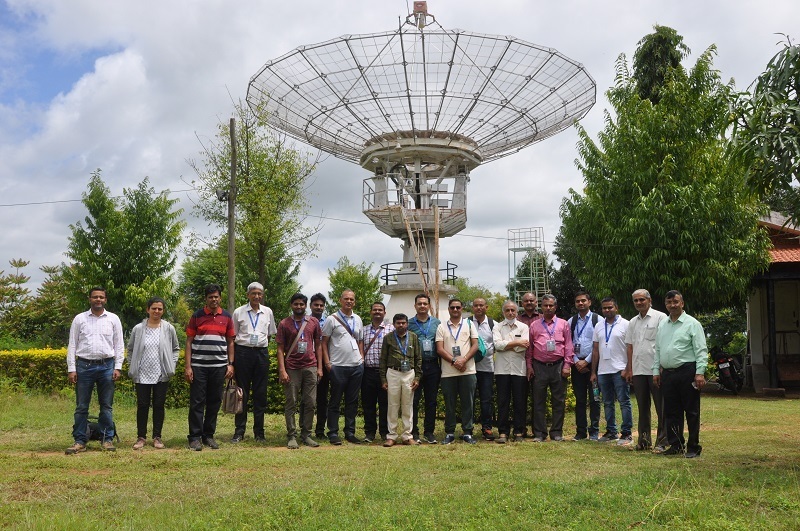 The engineers, including several PhD students, also gave talks on proposed space missions such as the Indian Spectroscopic Imaging Space Telescope or INSIST and the Nebula Gas Spectroscopic Investigator, or SING. Talks covered the latest work on topics from optical and mechanical engineering to electronics and computation. These students are part of the unique M.Tech-Ph.D. Program in Astronomy run by the Institute of Internal Auditors (IIA) along with the University of Calcutta. The conference participants also visited the Goribedanur Radio Observatory, which is jointly run by the Institute of International Internal Auditors (IIA) and RRI.

Glenn Cole gave a special lecture from the Thirty Meter Telescope Project in the USA on the complex manufacturing process of James Webb Space Telescope mirrors. The conference also honored Shree Dorji Angchuck, the engineer in charge of the IIA Indian Astronomical Observatory in Ladakh, becoming an honorary member of the International Astronomical Union.